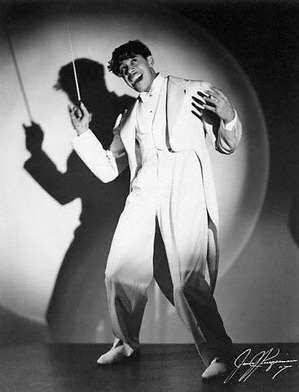 One of the things I love about old movies, old songs, and detective novels from the likes of Dashiell Hammett, James M. Cain and Raymond Chandler, is the great slang. It further adds to the feel that the 30s and 40s is this cool, arcane world with its own reality, its own set of rules, and a vernacular all its own.

Take Minnie the Moocher (please). In the first three lines of the song we learn Minnie is not only a moocher, but also a “lowdown hoochie-coocher” and “the roughest and toughest frail.” In other words, Minnie was infamous for taking all she could get away with taking, as well as rough, tough and pretty slutty. You see, a moocher* is someone who gloms on to whatever he or she can get, hoochie-coocher means sexually promiscuous, a frail is a woman, and lowdown means, well, not so nice. (She also liked to “kick the gong around”; in other words, Minnie hearts opium.)

You see, “dame” is only one of many terms folks in the Great Depression had for the chromosomally Y-challenged half of the population. Here are some other words meaning female: 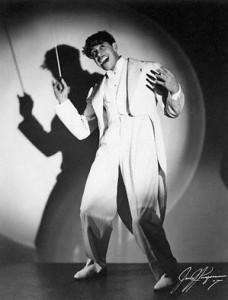 Floozie (not a compliment)

Golddigger (woman only after dough)

Lynx (woman who snitches to the boss)

Moll (girlfriend, a Gun Moll is a gangster’s girlfriend)

Mugbug (girl who gives in easily, the opposite of a herring)

Pick Me Up (yep, another loose woman)

Plugs (a man or a woman really)

Tramp (not a compliment)

Weak Sister (pushover of any gender)

Wrong Number (a man or a woman)

Of course, a woman can also be a snowbird who’s a chiseler prone to pulling the Gooseberry Lay, but that’s for another day.

* However, one early 30s glossary says a moocher is a “Single-handed thief, usually of low caste. Also a snooper or spy.”