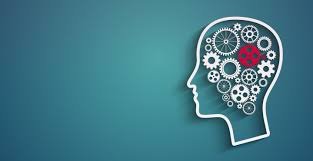 Sigmund Freud said, “Intelligence will be used in the service of the neurosis.” That is not only depressing, it’s true.

My brain drives me crazy. Literally. With my brain in the driver’s seat I’ve done, said, and perpetuated the nuttiest, most self-destructive stuff. All my life I’ve operated as though I can think myself into or out of any situation. Nothing was really impossible if one could devise some plan to get from Point A to Point B. I assumed I could think myself out of any scrape; there must be something to say, some argument to make, someone one might cleverly entreat.

And yes, thinking can get you places, but it’s taken me a long time to realize that thinking only takes you so far. The problem with my thinking is…me. I can now see that I have always been my worst enemy by far. (And trust me, that’s saying something.)

It’s like a nation might have the smartest battle plan in place, but its success will always be undermined by the double-agent mucking things up. I’m now finally in the place where I can concede that while my brain has done pretty well by me, it has also been my most consistent torturer.

I’m in an abusive relationship with the organ that’s also arguably my best friend. I can be rationale or at least do a good imitation of rationality except when it comes to myself. And here’s where having smarts can really smart.

No more. I’ve decided once and for all to admit the possibility that even if something seems true —  even if it feels true,  even if I can  prove it to you through unassailable logic, bulleted lists and diagrams — it actually might not be true.

Well, I’ve decided to decide. I am willing to admit that my intelligence might be undermining me for reasons of its own, likely because its comfortable, safe and familiar. And when I look around it seems that often the higher the IQ the lower the self-esteem. As Freud said, your intelligence will serve the master of neuroses, so the sharper brain the more adept it will be at spinning an intractable, realistic web to support all the negative thoughts and feelings you’re sure are as evident as 2 + 2 = 4.

It’s not easy to outsmart your smarts. Still, from now on when it comes to my brain, I’m going to try to keep an open mind.