When you find yourself alone with a feeling of hopelessness and nothing but a pint (okay, a tub) of ice cream to assuage you, perhaps a classic movie that shines a spotlight on the unexpected but radiant possibility of love – with a minimum of treacle – will hit the spot.  (As will the ice cream, let’s face it.)  But the movies I’ve listed here are without sappy saccharine, which is more than I can say for the aforementioned tub.

I’m generally not a fan of the modern-day rom-com, mostly because their rom feels contrived and the com isn’t all that com.  But the films on my “10 Most Romantic Classic Movies List” are extremely romantic because they tell tales of how unlikely, unexpected (and often unstoppable) true love can be.

It was somewhat difficult to narrow my list to my Top 10, and I made a small effort to not overlap with Adam Roche’s Attaboy Clarence’s Valentine’s list.  But I can whole-heartedly recommend these movies as not only romantic but really good.  Enjoy!

Falling in love with a ghost is a great way to add heaps of sexual tension, one of romance’s key tentpoles IMHO.  This movie boasts a plucky heroine, a very virile  devotee, and as icing on the cake, George Sanders at his George Sanders-y best.  It’s got its heartbreaking aspect, but it has a happy ending, which I demand.  (Sorry, you’ll find no Titanics or Brief Encounters on this list.  I cry easily and I DON’T WANT TO CRY.)

I first saw this movie as a young teen and certain scenes just about blew my head off.  There is a prolonged kissing scene in close-up – oh, and did I mention that this dark Hitchcock classic stars Cary Grant and Ingrid Bergman?  Cary’s character is forced to play his cards and his heart close to the vest, but the yearning is palpable throughout.  This movie is great, and it’s romantic and sexy AF.  It’s not only on this list, it’s on my top 10 – no, make that top 5 – all-time favorite movies.

Women like me know that various 19th century novels by women have often inspired/ruined our lives.  We all learn that Darcy’s condescension, Mr. Rochester’s coldness, Heathcliff’s insanity are all just masks for their love.  Ladies who find out this isn’t true appear on Dr. Phil weekly.  STILL, Pride and Prejudice is a great, witty story about false first impressions and couples who were made for each other (literally).  The BBC series had Colin Firth’s wet shirt inspired all kinds of wet, but I love the original movie starring Greer Garson and a fully-clothed Laurence Olivier as literate ladies’ beloved Mr. Darcy.

This is a fantastic movie, too-often incorrectly classified as a film noir.  But it’s really a witty (bless you Clifton Webb) murder mystery where a hard-boiled cop finds himself really falling for the woman of his dreams.  Too bad she’s been murdered…

Anyway, Dana Andrews’ feelings for Laura are so moving, they even have their own very catchy theme song.

This lovely movie stars one of my all-time favorite dames (Barbara Stanwyck) and one of my least favorite leading men (the simian Fred MacMurray).  That just goes to show how really good the movie is that I’m able to find it so romantic.  It also works as a great holiday movie and light comedy.

Like Remember the Night, this is another film that could also be categorized as a Christmas classic.  Re-made as You’ve Got Mail, I will always be loyal to The Shop Around the Corner.  It’s not only a really romantic movie, like Notorious and Laura, it’s one of my all-time favorite movies.  I never get tired of seeing it.  It’s an Ernst Lubitsch classic, but in addition to the plot, for me it’s James Stewart’s performance that sends the romance through the roof.  At the end when his voice falls to a whisper – be still my heart!  Margaret Sullivan doesn’t really do it for me, but the chemistry totally works.  (It probably didn’t hurt that IRL James had always had a crush on Margaret, who was once married to his best friend, Henry Fonda.)

Billy Wilder is one of classic movies’ superstar directors, but the romantic aspects of his movies kinda sneak up on you.  There’s always something slightly askew.  In The Major and The Minor, Ray Milland thinks he’s in love with a 12-year-old.  In Irma La Douce, the eponymous character is a prostitute.  Humphrey Bogart is more than twice Sabrina’s age, and one could say the last line in Some Like It Hot is the epitome of love.

Oscar-winning The Apartment had been called “a dirty fairytale”, but I call it an incredibly romantic movie.  From Jack Lemmon’s indefatigable devotion to Shirley MacLaine’s epiphany, we see romance through a multi-faceted prism: bald desire, heartbreak, fake love and true love.  I can watch it again and again and I just absolutely adore it, movie-wise.

Re-made by Shirley’s brother Warren Beatty as Heaven Can Wait in 1978, I’m including this in my list because the premise has such a romantic aspect.  That, and James Gleason.  I just have such a huge crush on James Gleason.

Another pick with my girl Barbara.  This is also in my Top 10 Dame Movies, and while it doesn’t have the typical Random Harvest kind of romance (and I give the two lead characters’ marriage 2 years at the outside), it’s still a wonderful romantic comedy.

Maybe this is cheating, but in all the movies William Powell and Myrna Loy made together – most famously as Nick and Nora Charles in The Thin Man series – their characters exhibited the kind of love, camaraderie and mutual respect that make up the best, most lasting kind of romance.  #relationshipgoals

It was evident in their first movie together, Manhattan Melodrama (1934) – where their chemistry was such that she threw over Clark Gable (!) for him.  It was their next movie, The Thin Man (1934) that cemented their place in the movie marriage G.O.A.T class.  Nick and Nora’s marriage is, for me, the epitome of romance, because it’s built on a chemistry, trust and deep affection that doesn’t fizzle out over time.  They share intelligence, wit, class and a shared outlook on life.  Though strictly platonic IRL, Myrna and William’s on-screen chemistry makes all their movies fun.  My favorites are the first three “Thin Man” movies, Libeled Lady (1936), Love Crazy (1941), and I Love You Again (1940).

I mean, who can resist this romantic tale of ‘love triumphs over class’?  Based on the Cosmopolitan magazine story, “Happy Dan, The Cynical Dog”, Lady and the Tramp has a fancy-schmancy pure-bred Cocker Spaniel named Lady find true love with a street-wise stray mutt named Tramp.  Lady comes from a refined, upper-middle-class family and Tramp is a homeless vagabond.  (When Lady asks Tramp if he has a family, he tells her he has, “One for every day of the week. Point is, none of them have me.”  Tramp teasingly calls Lady “Pidge”, short for pigeon, since her sheltered life has given her a certain adorable naivete.  Meanwhile, Tramp’s hardscrabble life hasn’t robbed him of his innate charm.  When the two meet, canine sparks fly, spaghetti is eaten, and voila, doggy-style love.  (Oh get your minds out of the gutter – this is a sweet cartoon, for Chrissake!)  And I’m not the only one who finds the twosome romantic; the American Film Institute included Lady and the Tramp in  “100 Greatest Love Stories of All Time” in their 100 Years…100 Passions special.

In case you need more romantic recs, here are some of my runners-up:

His Girl Friday (1940) (maybe not that romantic, but I just love the movie)

And it’s not technically classic film, and one of the few color films on this list (beside Lady and the Tramp and The African Queen) but may I include 10 Things I Hate About You?  I am just a total sucker for the whole “Taming of the Shrew” thing.

I cold also make an argument for including these three classic films, all starring Vivien Leigh: Waterloo Bridge, That Hamilton Woman, and Gone with the Wind.  But the first two have sad endings, and the third has an ambiguous ending.  (I once had a big argument with my step-mother: she insisted Rhett was through with Scarlett, while I knew they’d get back together.  Two irreconcilable philosophies.)

I’d also like to give a shout-out to A Tale of Two Cities (1935), because Sydney Carton makes a super romantic sacrifice, and it deserves respect.  Plus, can I sneak in Harold and Maude (1971)? 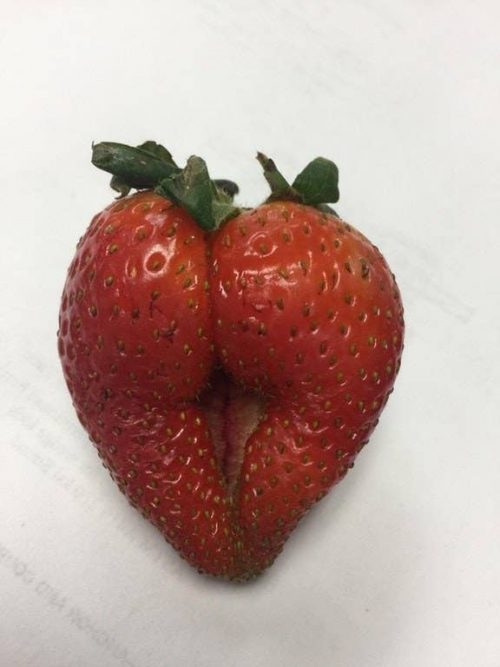 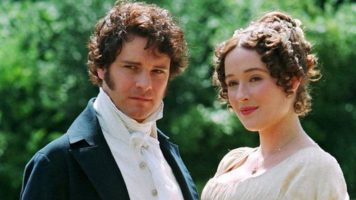