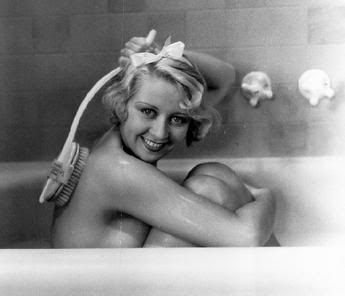 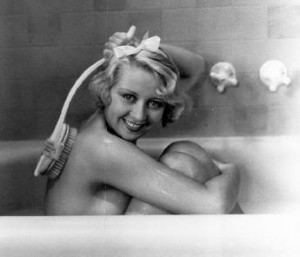 I’ve been obsessed with Pre-Code movies for decades. Here’s why:

Most people believe old movies are stodgy, quaint relics of a time when asexual women did what they were told and upright, wholesome men stalwartly upheld good Christian values. But most people are wrong. Very, very wrong.

These people assume the post-World War II world view was a continuation of an ethos and perspective that went back to Victorian times. It’s natural to assume that Zeitgeists grow progressively more lenient and decadent as time goes on. The assumption is that immorality and sexuality — and the populace’s access to its depiction — moves in a straight march of continuously escalating depravity that evolved or devolved into what we know today. But while “Leave It to Beaver” is a celebration of the 1950s ideal, twenty years earlier mass media reveled in a very different kind of “beaver.”

Movies made prior to 1934 were, according to one contemporary reviewer, “more unbridled, salacious, subversive, and just plain bizarre than what came afterwards” with a “moral terrain so off-kilter they seem imported from a parallel universe.” Pre-Code films are loaded with near nudity, licentious men, prostitutes, sluts, well-bred ladies who just really liked sex, homosexuality, drug use, and lots of other things that we wouldn’t see again on the screen for decades to come.

In addition to all that sex, sin, partial nudity, and all the great gratuitousness for which I’ve long been grateful, these early Talkies were made during a rich period of experimentation. “There’s a remarkable freedom of creativity in the era, as film studios tried out talkies and whole a generation of stars rising in these new pictures, “says Danny Reid. “The ability to create risky and adult content gave rise to a variety of movies that looked at moral issues in depth, and challenged America at its lowest point.”

But the reason I really love Pre-Code movies is how they provide a gateway into this other world, a universe teeming with humanity, humor, paradoxical tension between the pure and the profane, innocence and cynicism.

In this world, mordant wisecrackery exists right alongside idealistic romanticism – sometimes co-existing within the same person (cough*Capra*cough). America was going through the Great Depression; hunger, poverty and joblessness coupled with post-World War disillusionment, had made people scrappy, savvy and sardonic. Yet at the same time America still maintained its stubborn innocence, illusions and idealism. 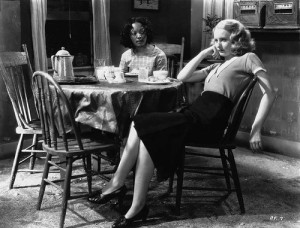 As a child in the 70s, I found this coupling of world-weary wit and optimistic integrity a nice escape from the humorless, virtueless and bloated Love Boat shenanigans that permeated the “disco era”. There was a sexiness, an authenticity, a raw energy, an honesty in these black-and-white movies that was missing from my contemporary pop culture. You got nipples – but you also got niceness – with a Pre-Code potboiler, and you got seldom got either or both with most 70s fare.

Seventies pop culture was either dirty and silly or saccharine and silly. But with Pre-Code, explains blogger Danny Reid, “We had sexual liaisons unsanctified by the laws of God or man, marriage ridiculed and redefined, ethnic lines crossed and racial barriers ignored, economic injustice exposed and political corruption assumed, vice unpunished and virtue unrewarded — in sum, pretty much the raw stuff of American culture, unvarnished and unveiled.” For young me, it felt more true, more real, than the narratives about life I was exposed to on TV, in movies and in song. At age 10 I fell in love with Pre-Code movies, and I’ve been head over heels ever since.

Sadly, pressure from clergy and morality groups made Hollywood institute a new puritanical Production Code that brought Hollywood’s most delightfully lascivious period to a screeching halt. Enforced by douchebag anti-Semite Joseph Breen, “the code” kept sex, even the suggestion that sex sometimes occurred (think married couples’ separate beds), drugs, sin, and to a great extent economic and racial injustice off the screen for the next 30 years.

In subsequent posts, I’ll talk about the amazing women of Pre-Code cinema, steer you toward some of their coolest, sordid-est movies, and suggest further reading on the subject. Also, do check out this incredible site for all things pre-code — it’s chock full of the crème de la crème of these amazing movies.