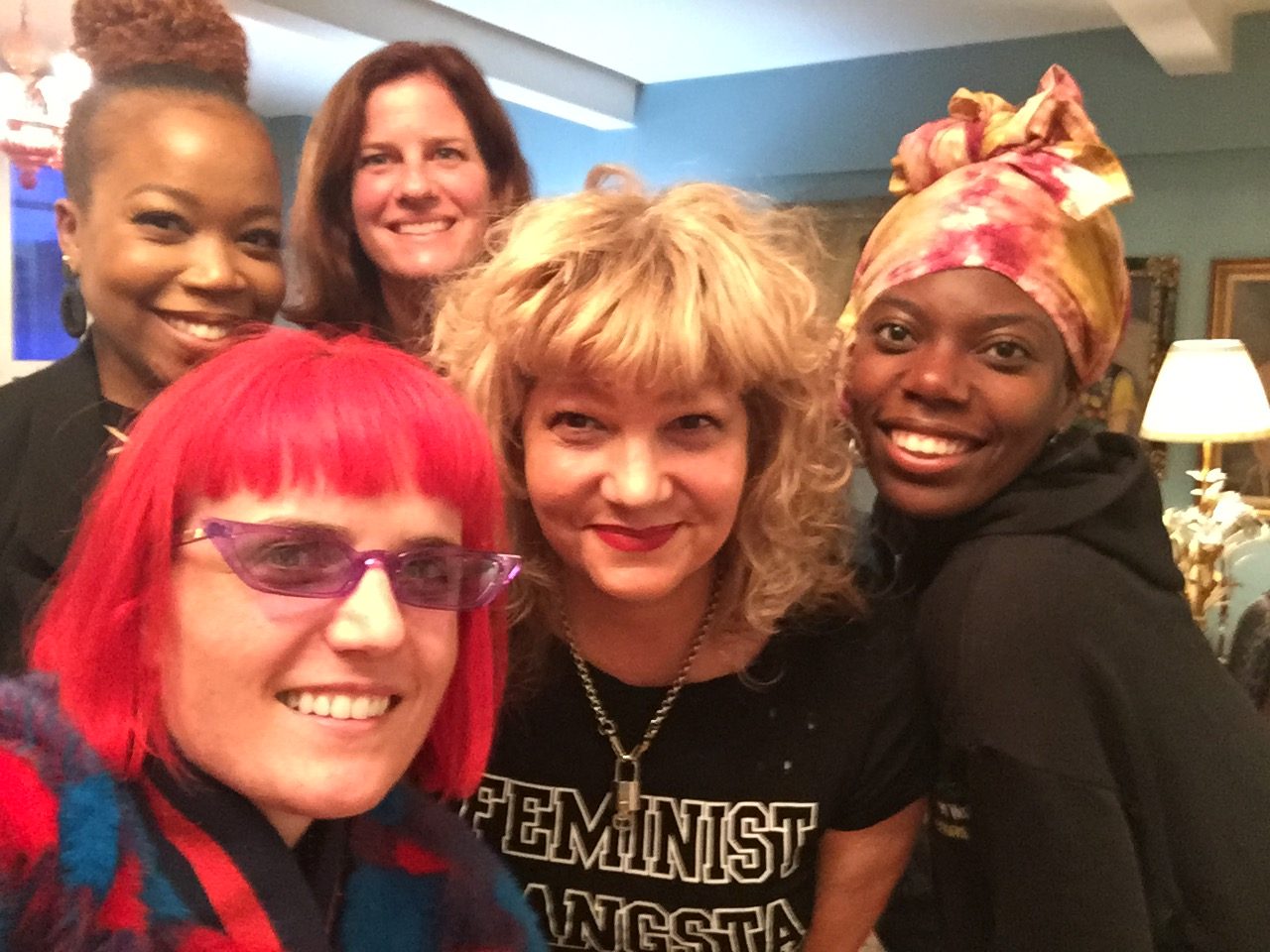 There are lots of great women who have goals their busy lives keep them from pursuing. They want to work on that novel, get started on that business, lose weight, or just get sh*t done.

I decided to start a “mastermind group”, a supportive space where women would be encouraged to reflect on their priorities, identify specific and measurable goals, and offer each other ideas and accountability. As members start working toward the goals they’ve shared they bring both successes and problems to the group. Participants applaud the former and help solve the latter.

“No two minds ever come together without thereby creating a third, invisible intangible force, which may be likened to a third mind [the master mind].”

So I reached out to women I know – CEOs, VPs, struggling artists, would-be entrepreneurs, some who know just want they want, some who feel clueless or stuck. I told them I wanted to start a monthly (or bi-weekly) group where we’d meet to identify our goals, commit to prioritizing them, decide on tactics to pursue them, and hold one another accountable for progress. I was thrilled to find that dozens of women embraced the idea. In fact, so many women responded I had to set up three separate groups in order to accommodate them all and their busy schedules: 2 nighttime groups and 1 afternoon group. When the dates for the meetings arrived I expected some attrition, but I still ended up with over 20 members in total.

The first meeting included introductions. I had handouts that articulated the meeting’s agenda (and helped me, as the facilitator, keep the group focused). The women were asked to come to the meeting with 1 – 3 pre-identified goals. What I found fascinating was how amorphous many of the goals were. It’s vitally important to set goals that have metrics, or how will you know when they’ve been accomplished? You also need to have reasonable goals that you can realistically work toward. Your goals need to be within your control. They don’t necessarily have to be about outcomes; they can be about process or activities that support the ultimate goal.

For example, you cannot say your goal is “to lose weight”. You shouldn’t even say, “to lose 40 pounds”. You can have an ultimate goal, say to lose 40 pounds, but you need a measurable goal that you can pursue — and realistically achieve — by the next Mastermind Group meeting. You might articulate your goal as:

You get the idea. If you have large goals in mind, e.g., to publish that romance novel you’ve written, for your first Mastermind Group meeting you might identify a goal like, “Find a literary agent” or “Read a book on self-publishing.” You can’t say something like “Look into self-publishing” –what exactly does that mean? Your goals have to be measurable, ideally demonstrable. They should be something you can realistically achieve by the next meeting.

If your goal is to “get over my last boyfriend” that is laudable but too amorphous. Someone in our first meeting had a similar goal. I told her she needed to find a way to make this more concrete. Also, your goal needs to be something that you can both visualize and recognize its achievement. I suggested she write up a specific description of what a day would look like when she’d absolutely gotten over her ex. She needed to visualize what her goal looked like and felt like. You need to see your goal clearly so you can effectively aim for it.

As facilitator, I helped our group refine their goals and make them clear and achievable. Our next step is to identify a date for the following month when we can all meet again and check our progress and identify new measurable goals, or our next tactics or metrics in our plans to achieve our larger goals. (For example, the woman in our earlier example who wants to lose weight can choose to amp up her running mileage, or take a low-cal cooking class.)

Belonging to a Mastermind Group requires confidentiality, a willingness to both give and take feedback, honest and compassionate support for group’s members, and most of all, commitment. This means commitment in terms of attendance and getting and giving accountability. Most of all, it means (finally) committing to pursuing your priorities and achieving your goals.

(This article also appears on the site Like A Boss Girls)