Did you ever read the story “Flowers for Algernon“? (It was also a movie called Charly.) Here’s the story:

Charly is an adult man with an IQ of 68, but after receiving an experimental surgery, his intelligence doubles. Algernon was the mouse upon whom the surgery was first successfully tested. But after awhile Charly observes Algernon losing his newfound intelligence and realizes his will be temporary as well. Through his letters that make up the story, the readers witness Charly’s intelligence fading, but most heartbreaking, we experience how heartbreaking it is for Charly to feel his awareness and abilities ebbing away.  Not wanting to be pitied, Charly goes away, only asking that flowers are laid on poor Algernon’s grave. 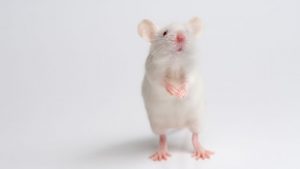 You don’t pay a lot of attention to your brain. It’s just kinda aways there, like oxygen or the Kardashians. But when it starts tip-toeing away, you miss it.

Look, everyone has something. In fact, most have some THINGS. Like my fellow humans, I have several things to make me feel bad about myself, anxious about choices, and fragile at inopportune times.  We people, we develop hacks. Some use their size, their looks, discipline, or a stiff upper lip to get by. My ace in the hole was my brain. I could coast through school and jobs and come across fine. I could change my circumstances by figuring out strategies and creating opportunities where none existed.   Wonderful friends and wise books sustained me.

But now, what some charitably call my mind, is on the blink. About 12 years ago I started to have seizures. The medicine to keep those in line made me sleepy and numb, so I wasn’t good about taking it. What I didn’t fully appreciate was that each one of my several-times-a-week seizures was killing brain cells in my temporal lobe. These seizures, glazed with the universal fuzziness of growing older, have given me that shrinking feeling Charly had. I used to have a great memory; now I don’t remember much of what anyone tells me.  I won spelling bees as a child, but now rely on spellcheck — and my embattled husband. I studied Philosophy at an Ivy League college, I even came laude. But now, don’t ask me what any of those Greek or German guys had to say.  I loved studying history, but now all I can tell you about the War of 1812 is what year it went down. An old movie aficionado, I could name all Cary Grant’s movies in chronological order, starting with shorts like Singapore Sue. (I used to sometimes give my name as “Singapore Sue” when making reservations, but I digress.) Now, I’m lucky if I can name a dozen.

I don’t want to make a big deal about it. There are way worse things. I recognize that even at half-mast my brain is likely still smarter than the average bear. So boo-hoo, right? Cue the eye roll. But I just want to say that for me, it still feels sad. See, it’s not about memory and book learning leaving. It’s about ME leaving. A lot of who we are is our memories, our knowledge, our experiences and relationships. In fact, it may be almost all of who we are.

Each day I struggle to remember who an acquaintance is, what a familiar word means, or if I’ve ever been to a particular country. I can practically feel the drip drip drip what my brain does leaking away. I feel who I’ve been and who I am vaguely drifting away. I know I’ll be alright. I’ve got spellcheck; I’ve got my husband to keep track of our vacations and re-runs.

But sometimes I come across a picture of me from years ago, and I want to put some flowers on her grave. 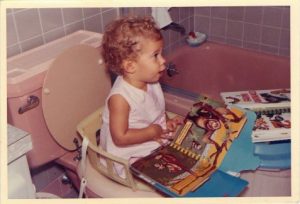