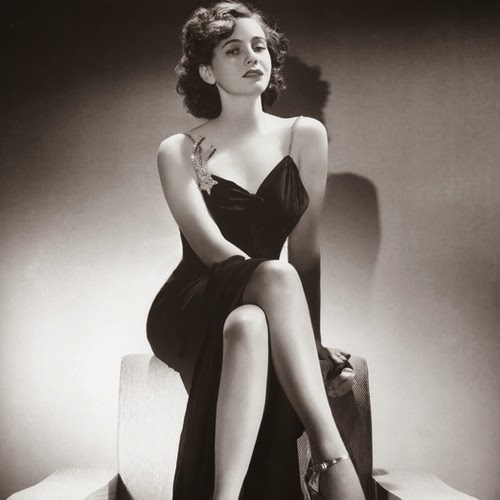 I always thought Teresa Wright was talented and sweet, but kind of an ineffectual limp noodle. She plays the good girl well, and I guess that was my problem.  Sure, her screen characters had pluck, but pluck is an anemic version of the charming ballsy-ness of a Stanwyck or the fearless hijinks Irene Dunne might throw down. In movies like The Best Years of Our Lives, I worried that, although clearly a better choice than skanky Virginia Mayo, super he-manly Dana Andrews would eventually tire of Teresa when ingénue curdled into insipid.

Well, I was wrong. Turns out Teresa Wright was smart, sassy, and not to be fucked with.

OK, picture this: It’s the late 1930s and you’re a young woman barely out of high school when talent scouts from the Goldwyn Studios spot you in a play and whisk you away to Hollywood, where you score a part in “The Little Foxes” with Bette-freaking-Davis, no less. You and I, we’d likely feel a mash-up of lucky, awestruck, terrified, intimidated, overwhelmed, grateful, and scared shitless. And don’t forget, this is the 1930s when women were to be sometimes seen and never heard.

So — this key clause that Missy Wright made them put in her studio contract is all the more impressive:

“Miss Wright shall not be required to pose for photographs in a bathing suit unless she is in water. Neither may she be photographed running on the beach with her hair flying in the wind. Nor may she pose in any of the following situations: in shorts; playing with a cocker spaniel; digging in a garden; whipping up a meal; attired in firecrackers and holding skyrockets for the fourth of July; looking insinuatingly at the turkey for Thanksgiving; wearing a bunny cap with long ears for Easter; twinkling on prop snow in a skiing outfit while a fan blows her scarf.”

In addition to it being a dame-irific move, it’s also pretty hilarious. She not only doesn’t want to be reduced to fodder for the cheesecake factory, she totally nails the stupidity of what she doesn’t want to do with humor and charm and zero invective. This, girls, is how it is DONE. Like a boss, Teresa! Wow – like a BOSS.

I’d like to have been a fly on the set when, according to fellow dame and blogger Self-Styled Siren, Mr. Goldwyn, trying to loosen up Teresa while filming “The Little Foxes” called to her from behind the camera: “Teresa, let your breasts flow in the breeze!” 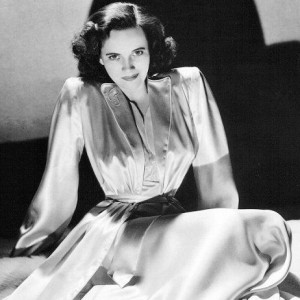 (My brain hurts just pondering what I would need to do to follow those instructions. Jump up and down? Unhook my bra and throw it behind me whilst laughing manically? Frankly, I’m stumped.)

The good news is: Teresa was nominated for Academy Awards for her first 3 films (The Little Foxes, Mrs. Miniver and Pride of the Yankees). She was the only actor ever to be nominated for an Oscar for her first three films. And until Jennifer Lawrence received her 3rd nomination in 2014, Wright held the record for youngest actor to receive three acting Oscar nominations. AND…her 4th movie was Hitchcock’s Shadow of a Doubt, where she got billing above Joseph Cotten! Then, a coupe of years later, she’s the aforementioned goody-two-shoes homewrecker in Best Picture winner, The Best Years of Our Lives.

(A cute side note: Teresa was married to screenwriter Niven Busch, who wrote Duel in the Sun for his wife so she could depart from her girl-next-door roles and blow everyone’s minds as the swarthy all-out seductive bad girl. But Teresa got pregnant and Jennifer Jones got the sizzling part. Jennifer was married to the producer David Selznick (quelle coincidence!), though David initially tried talking Busch into letting Teresa play the seductress. But the role called for a lot of physical action, so Teresa’s husband refused. As he turned to leave the office, a disappointed Selznick exclaimed, “Dammit, Busch, she isn’t the only one you screwed!”)

Anyway, according to the Self-Styled Siren, Teresa’s“insistence on establishing a foundation for her career through her performances and not through publicity photos was relatively unheard of in Hollywood at the time, and some skeptical fan magazines even speculated she was avoiding the cheesecake photographers because there was something physically wrong with her.”  (The photo above proves that was not true.)

But here’s the bad news: Teresa’s independence rankled studio heads, and Goldwyn fired her in 1948, claiming she was “”uncooperative” when it came to publicity. Rather than being upset, Wright was relieved:

“The type of contract between players and producers is, I feel, antiquated in form and abstract in concept. We have no privacies which producers cannot invade, they trade us like cattle, boss us like children.”

Without studio backing, Teresa never did regain her earlier film success, and spent most of the rest of her career on Broadway and on TV. (In her last film role she was touching as Matt Damon’s elderly landlady in John Grisham’s The Rainmaker.)

Though she died in 2005, Teresa Wright leaves a truly stunning cinematic legacy of good roles in great films. But she’s not only missed by movie aficionados. After cinema’s Mrs. Gehrig was asked to throw out the first pitch at a game on July 4, 1998, she became an avid Yankee fan, and after she died, when the roll call of former Yankees who had passed on was announced, her name was among the ballplayers. (Aw!)