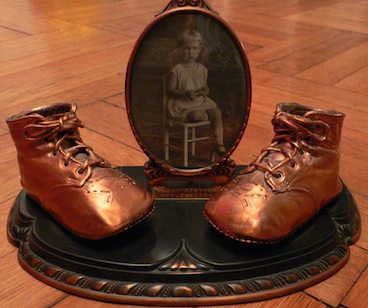 I just met my birth mother.

For half a century, I’ve longed to know who I am, where I came from, how my hair, my quirks, my me came to be.

Now, thanks to a company called kinsolving, I was able to learn my birth mother’s name, my birth father’s name and open a window onto the landscape of all the lives who came before me, and who, through a quirk of fate and 10 minutes of clumsy desire, have funneled down to little ol’ improbable me.

Being adopted, for me at least, has always been a lonely proposition. Everyone in your family, everyone you know, is tied to others by blood, a shared history, by the shape of their noses and the bonds of familiar personalities. My appearance and especially my personality were completely discordant with the people I lived with. I always felt alien, out of sync and misunderstood.

Despite a host of best intentions, for me there was always the murmur of an undercurrent of otherness that I could never shake. This feeling, this solitary otherness, is by its very nature yours and yours alone. As a little girl I’d see films of astronauts floating in outer space, tethered to a chord in vast darkness with the underlying threat of their being cut loose and drifting aimlessly forever, the epitome of alone. I’d think to myself, “That’s me, that’s how I feel.”

When I finally got the news I’d found the woman who gave birth to me, that she was still alive at 88, I posted the news on Facebook. It seemed as worthy a nugget of information as a local shelter dog needing a home or the latest aggravating political tidbit.

What happened next blew me away. Dozens of people, some I knew, some I barely knew, many of whom I’d never met, responded to my post. There was an outpouring of encouragement, support, and kind words. What struck me most was that it was no longer my little solitary journey—now all of a sudden there were dozens, maybe hundreds of people who’d opted to bestow upon me a “thumbs up” and a complimentary little squib.

Something I’d assumed was of no interest to anyone but me was being shared and savored by kind people cheering me on. I’d been led to believe that my interest in my birthparents was somehow inappropriate, perhaps understandable but in poor taste. But here were all kinds of people sending me messages of strength, of support, of love. All of a sudden this sad little lonely mission didn’t feel so pathetic. The flood of Facebook friendliness made it feel both valid and valuable.

I can honestly say that Facebook completely transformed the experience. While naturally I’d wished I’d solved the mystery decades sooner, I can’t help but think that its delay was a gift in the end. While I’d finally uncovered my biological family, on Facebook I discovered a new kind of family, all kinds of people offering me their love, their support, their wisdom, their experience. Certainly it was overwhelming to finally find my past, but it was even more overwhelming to find this large, loving family available right here and now.

Social media has its theorists, its gurus, its marketers and detractors. But I’m here to give witness to the fact that in this relatively new technology I found a surprising sort of support and solace as priceless as the bronzed baby shoes given me a few weeks ago –the day I met my mother.