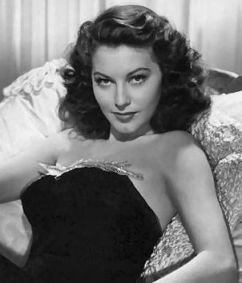 Met Deb, 65-years-old and still getting all hot and bothered (but mostly hot) when she discovers a classic film she haven’t seen before. Like me, she grew up crazy about old movies; turns out we’d both sneak out of our bedrooms as children to go watch the “The Late Show” on an old black-and-white TV while everyone was asleep. And like me, Humphrey Bogart was her first crush, though unlike me, her first love was a dead ringer for Bogie. “When I hit Boston at the tender age of 18, and still ‘innocent,’” says Deb, “the man was a dead ringer for him. Over 20 years older, a real “tough guy”, right off the silver screen. He left me with my ‘innocence’ and the last words ‘Bye baby, I’d like to run into you in 10 years.’ My heart was broken.” Deb truly believes she’s been so influenced by these films that she “draws the people and situations into my life that mirror them” – and she “ wouldn’t have it any other way!”

Deb came upon The Lost Art of Being A Dame by chance, “always looking for another window into the fascinating and often overlooked ‘films of yesterday.”” Says Deb, “These films need to be recognized and preserved for their valuable contribution to film history …especially those DAMES!!”

Clearly Deb’s a dame with taste, passion and experience, so I invited her to pen a guest post about one of her all-time favorite dames. She chose Ava. (Do you really need a last name?) Here’s Deb’s tribute:

She was the sex symbol who dazzled all sex symbols. She was the temptress who drove Frank Sinatra to the brink of suicide and haunted him to the end of his life. Ernest Hemingway saved one of her kidney stones as a sacred memento and Howard Hughes begged her to marry him – but she knocked out his front teeth instead.” 1 WOW. I wish I had said that, and it was too great to leave out of my personal tribute to one of the real “dames” of all time, Ava Lavinia Gardner.

Born in poverty to a struggling family of tobacco farmers she rose in fame to become one of the most desirable women both onscreen and off. “ She can’t sing, she can’t act, she can’t talk, she’s terrific!” 2 was Louis B. Mayer’s reaction after viewing her screen test (her heavy North Carolina drawl made it almost impossible for her to be understood). But from that screen test a star was born.

I wanted to be Ava from the time I was old enough to watch her films. I loved her voluptuous figure and her dark looks. Sadly, I was a flat-chested, washed out skinny kid with dirty blond hair and curses of all curses, blonde eyelashes to match. I remember wearing a very tight sweater to junior high school one day, forgetting to “stuff” my bra, with disastrous results: one side of me completely “caving in” when a classmate accidentally bumped me in the hallway.

I fell in love with Frank Sinatra too, whom Ava “stole” from his wife Nancy. (But let’s get real ladies and gents, no woman ever really “steals” a man — they go willingly.) I refused to wear shoes and took up walking barefoot most everywhere; I had heard Ava held the same preference. Humphrey Bogart, who starred with her in The Barefoot Contessa, once remarked that her character “Maria” was Ava in real life, rising to stardom yet in moments returning to her roots in rural life and “real” people.

She suffered so onscreen, as “Honey Bear Kelly” in Mogambo with Clark Gable; as Lady Brett Ashley in Hemingway’s The Sun Also Rises; as Cynthia Green in another Hemingway story,  The Snows of Kilimanjaro; and as Maxine in my personal all-time favorite, The Night of the Iguana.

At only 19 she married Mickey Rooney, later Artie Shaw in 1945, and finally Frankie in 1951. She never had children; she became pregnant twice during her marriage to Sinatra, but terminated both pregnancies. “MGM had all sorts of penalty clauses about their stars having babies” she was quoted as saying. Such was the brutality of the “studio system” of the day. (Dixie’s note: I’m not so sure that’s really why she terminated the pregnancies. Lots of MGM stars, like Lana Turner for example, had babies while under contract.)

In 1990, with her health failing from emphysema, Ava died in London at the age of 67.

It’s been years since I first adored her, but at 65 I still love her films. There is something immortal about her  –her vulnerability always comes through, even in her “tough gal moments”. And that alone, in my eyes, makes for a REAL “dame”.

1. “Ava Gardner: Love is Nothing” by Lee Server @ www.amazon.com/Ava-Gardner-Love-is-Nothing