Elizabeth Taylor was a dame from the top of her beautiful head to the tips of her probably well-manicured toes.  Elizabeth lived her life in the dame-iest way possible A talented actress and an ardent AIDS activist when people were still spooked or just bystanders, Taylor brought passion to everything she did, and particularly to who she was.

Hardworking since she was a child,  the years and breadth of her experience earned her heaps of wisdom and she wasn’t shy about sharing it. I’ll confess there’d be little chance of me actually hearing anything she’d say were she standing in front of me because I’d be mesmerized by her insanely beautiful face. Lucky for me, I can read what she had to say in print so I can actually take in her wit and wisdom. And you can too…

“My motto has always been to be true to myself, whether it pleases others or not.”

“You are who you are. All you can do in the world is help others be who they are…”

“Even at my worst, I feel like I was true to myself.”

“Try not to take yourself too seriously.”

“I, along with the critics, have never taken myself very seriously.”

“In the end, it really only matters what you think of yourself.”

“Remember, self-acceptance is essential to so many things.”

“Even as a kid, I never sacrificed my integrity for my career.”

“Stubbornness, pride, they’re not particularly attractive attributes – but they are necessary to keep you alive.”

“The problem with people who have no vices is that generally you can be pretty sure that they are going to have some pretty annoying virtues.” 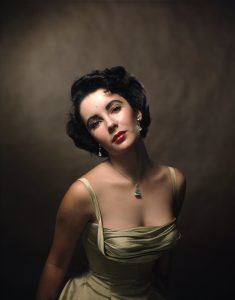 ““Every woman knows that mood can affect the way she thinks she looks.”

“As you get older, what you are begins to affect your looks.”

“I think what age and living and experience do to one’s face is beautiful.”

“The kind of beauty where you’re afraid to smile too much is such a bore.”

“I don’t think of myself as beautiful, I never have.”

“My mother says I didn’t open my eyes for 8 days after I was born. The first thing I saw was an engagement ring. I was hooked.”

“When the Krupp diamond came up for auction in the late 6os, I though how perfect it would be if a nice Jewish girl like me owned it.”

“I never planned to acquire a lot of jewels, or a lot of husbands.”

“Life without earrings is empty!”

“My childhood was overscheduled and overdisciplined…Looking back I can see that between the demands of the studio and my parents’ strict discipline, it was an impossible way to grow up. But it did make me tough.”

“Happiness wasn’t bestowed on me, I earned it.”

“Let’s face it, a lot of my life has lacked dignity.”

“I had to grow up before my children grew up.”

“Probably, if there hadn’t been a World War II, I would have been a debutante, lived in England and married someone very secure and staid. I never would have become an actress. I would have had as many children as I physically could have had. Had I been raised in England, my life would have been completely different. Because {my family} moved to Los Angeles, I became a movie star. It was not a normal life, of course. The demands, particularly on the emotional level, were killing.”

“Work and the strong inner core I developed as a child helped keep my optimism, my romanticism alive.”

“I was always able to sell Elizabeth Taylor.”

“Why couldn’t they let me grow up like Suzy Smith with a house in the suburbs, a husband who takes the 8:10 and three fat, saucy kids?” (I call bullshit)

“I’ve been through it all, baby. I’m Mother Courage. I’ll be dragging my sable coat behind me in old age.”

“I’ve always admitted that I’m ruled by my passions.”

On her weight gain: “It’s a happy fat. I eat because I’m happy.”

ON MEN AND MARRIAGE

“I thought marriage was a white picket fence with roses climbing over it…I was unprepared for that world.”

“I was, I’m afraid, wildly infatuated with love.”

“I don’t pretend to be an ordinary housewife.”

On her divorce from Nicky Hilton: “I fell off my pink cloud with a thud.”

“I have an old-fashioned sense of a wife’s obligations and always have been the malleable one in marital situations.”

On Richard Burton: “I’m just a broad, but Richard is a great actor.”

On Burton: “We were like magnets, alternately pulling toward each other and, inexorably, pushing away.”

“Imagine having Richard Burton’s voice in your ear while you’re making love. It drowned out the troubles, the sorrows, everything juts melted away.”

On Montgomery Clift: “The most gorgeous thing in the world and easily one of the best actors.”

On Clark Gable: “He was the epitome of a movie star – so romantic, such bearing, so much friendliness.”

On Rock Hudson: “He was one of the most important people in my life. He was my closest friend.”

On Roddy McDowell: “{He really is the perfect friend.”

“I’ve only slept with men I’ve been married to. How many women can make that claim?”

“When I’ve fallen in love, it’s always been the marrying kind of love.”

“I know it sounds incongruous, but I don’t believe divorce.”

“I was then and I am now an incurable romantic.”

“I like being a woman and I think sex is absolutely gorgeous.” (With Eddie Fisher?? John Warner??)

“My sense of right and wrong makes it very difficult for me to have an affair. I have to really be a love in order to sleep with a man, and when I’m really in love, I want to be married…So I got married all those times and now I’m accused of being a scarlet woman. I guess I never gave myself the time to find out whether a thing was love or infatuation. I always chose to think I was in love.”

“I supposed when they reach a certain age, some men are afraid to grow up. It seems the older men get, the younger their wives get.”

“When the sun comes up, I have morals again.”

“I’m a very committed wife. And I should be committed too — for being married so many times.”

“I’m pretty enough. My best feature is my gray hairs. I have them all named; they’re all named Burton.”

On John Warner: “I thought we would get married, live on the farm, raise horses. Shit, man. It was going to be my dream.”

“The U.S. Senate is a very hard mistress to fight.”

“If you hear of me getting married {again}, slap me!”

ON HER CAREER AS AN ACTRESS

“Some of my best leading men have been dogs and horses.”

“National Velvet was really me. I worked harder on that film than I have on any other movie in my life.”

At least once a year I’ve played a has-been actress…I’ve had great success at playing has-beens.”

“The public puts you upon a pedestal and then they wait like vultures to tear you down.”

“In films it seemed I could handle anything. I knew all the tricks. But this was confusing. The tricks could not be applied in real life.”

ON BEING AN ACTIVIST

“Nothing will raise your self-esteem as much as helping others. It will make you like yourself more and make you more likable.  We can’t all be Mother Teresa, but each of us can try to make our little corner of the world better.”

“Celebrity is not something that comes without responsibility.”

“I’m proudest of my charitable contributions. I’ve raised millions of dollars for the American Foundation for AIDS Research. And I’m not stopping here. I won’t stop until this hideous disease is conquered.”

“There is no such thing as a gay agenda. It’s a human agenda.”

“The things that are important to me – being a mother, a businesswoman, an activist – are all things that were borne out of passion.

On turning 40: “Forty isn’t the end of the world. It’s the beginning.”

“Humor is the only way to stay alive.”

“It’s strange that the years can teach us patience… the shorter our time, the greater our capacity for waiting.”

“There’s so much more to do. I can’t sit back and be complacent, and none of us should be. I get around now in a wheelchair, but I get around.”

“I think I’ve proven that anyone can change her life around and make it work. You only have to try.” 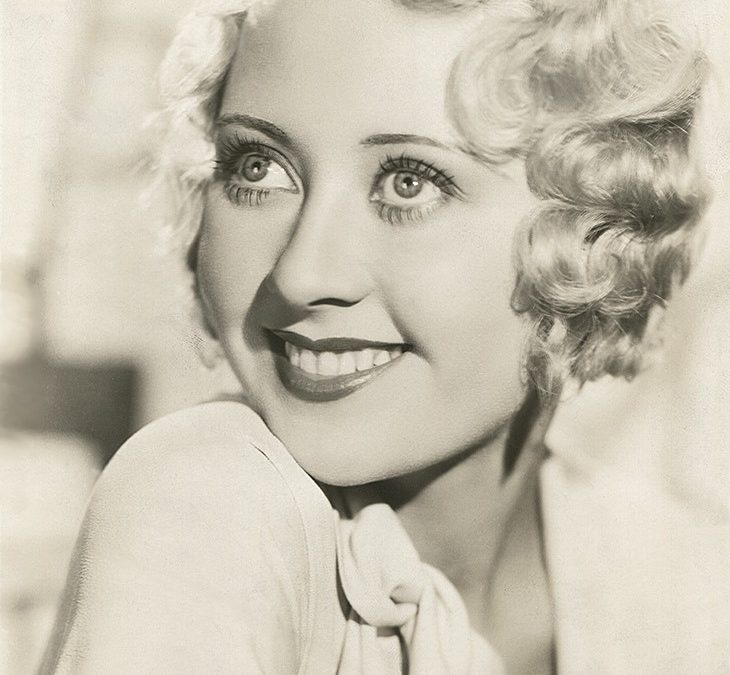 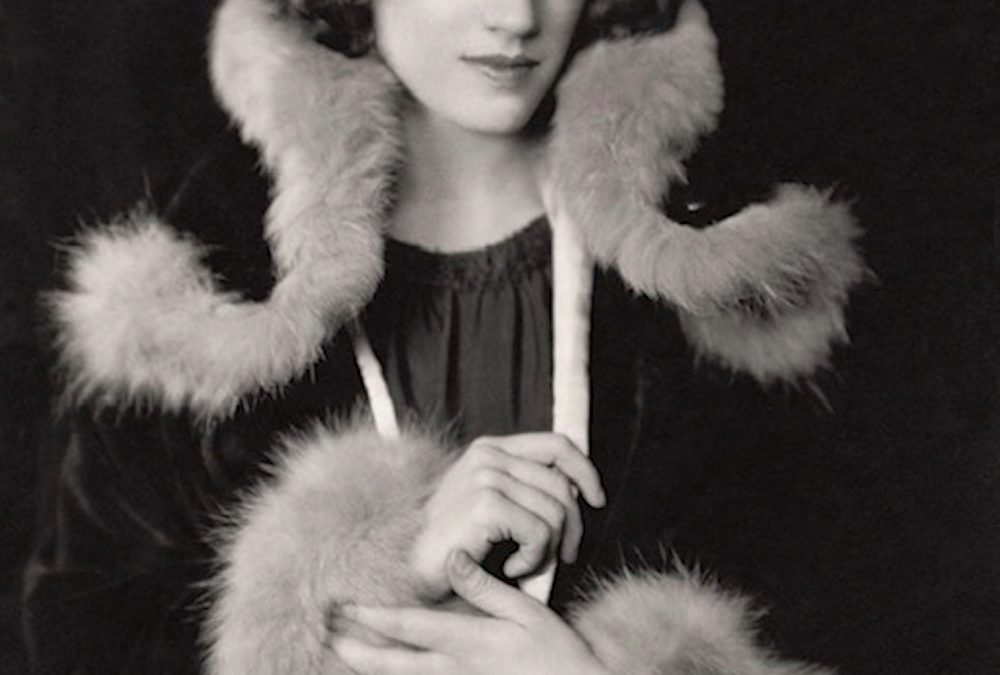 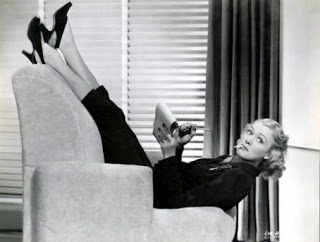