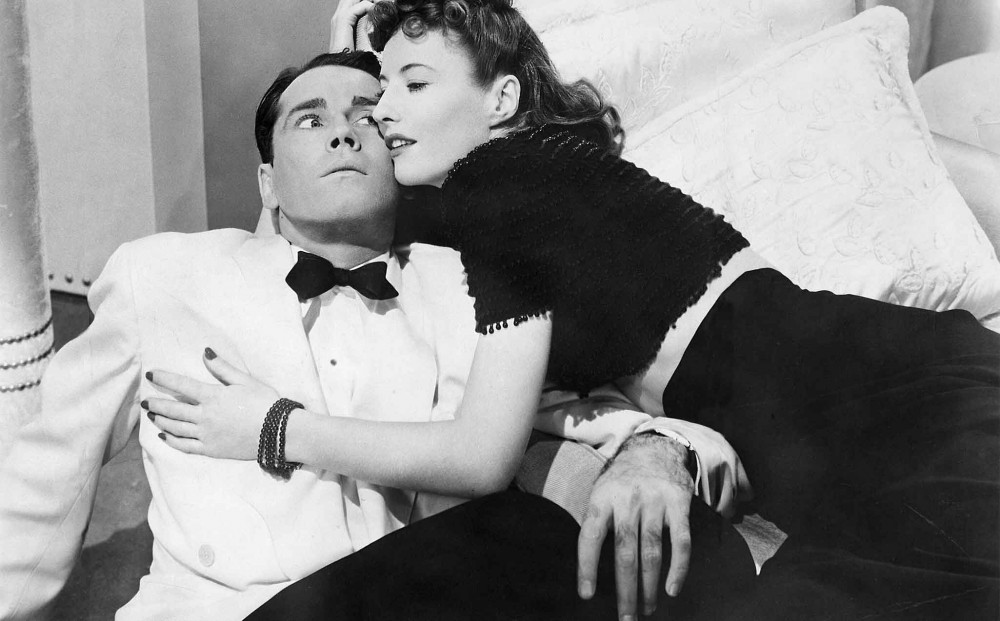 The world is chock full of dames, some fully-blossomed, some who remain stunted as seedlings. One of the best ways to coax a nascent dame out of her shell is to see examples of damery at its finest. Luckily there are dames of the silver screen providing a golden sun to show the way. Classic Hollywood offers Barbara Stanwyck, Rosalind Russell, Myrna Loy, Ginger Rogers and many others are eternally bright enough to convince even the most tenuous bud to bloom.

Growing up as a people-pleasing, self-deprecating moppet, I found no succor in seventies stars. Charlie’s Angels were mostly angelic, and contemporary role models were chiefly well-behaved, perky and pretty. I got the good behavior part down, but a good girl with good grades and good manners was invisible when coupled with less-than-overwhelming good looks. But AHA, that’s where my black-and-white messiahs saved me and showed me the way.

There are countless movies to mention, but here is a good classic movie starter set for a solid cinematic Dames 101. Here’s my list of classic Top 10 Dame-iest Movies…

Barbara Stanwyck is the quintessential dame. Director Preston Sturges was a master of the sophisticated “screwball comedy” and The Lady Eve is undoubtedly one of his best. It also showcases some of a dame’s best qualities. In the film Barbara and her father (played by Charles Coburn) play seafaring con artists. They travel on transatlantic cruise ships separating rich, naïve suckers from their money via card games. Henry Fonda, an amateur herpetologist, is one such wealthy sucker. But this milquetoast is the perfect Yin to Barbara’s streetwise Yang, and she falls in love with the mark.

Though Stanwyck had no intention of robbing her boo, Fonda finds out about Barbara’s profession and breaks up with her in a face-saving but really mean way. Dames don’t take disses lying down, and she invents an unlikely way to settle the score. (It’s a movie, just go with it.) Let’s just say she schools Henry on ways women can have more red flag-y pasts than being a whiz at cards.

In The Lady Eve (and in Ball of Fire and other films) Barbara embodies a dame’s best qualities: self-reliance, self-respect, verbal acuity, adaptability, heart, intelligence and craft. She refuses to be a victim, and rejects being a predator. She has a code and she sticks to it – and amends it when it’s time to amend it. A woman in 1941 lives in a man’s world, but living and thinking like a dame helped a girl navigate and stay afloat in those tricky seas. Barbara rides the waves with easy style and laid-back cunning, and her light-hearted self-assuredness is a metric to which I still aspire.

“One of the fastest, funniest, and most quotable films ever made”, His Girl Friday is a speedy and hysterically funny movie. It’s based on the Ben Hecht and Charles MacArthur play, The Front Page, routinely thought of as the “best newspaper comedy of all time”. No offense to the play or other movie versions of the play, but His Girl Friday is even better. It’s got the same cynical, rapid-fire dialogue as the original. It has the same hardcore journalistic shenanigans, timeless wit, and political truths. But it also has a tough, talented dame, Rosalind Russell, playing Hildy Johnson (written in the play as a male character). Most of all, it has movie star sui generis, optimis optimus, OG Cary Grant. Readers: I know all the classic movie actors and actresses, big and small, and Cary Grant, aka Archie Leach, is the best. (And when you watch His Girl Friday, watch for Cary’s secret shout-out to the name he was born with.)

When I’m asked to recommend a classic movie comedy, THIS is usually my go-to. And dame-wise, it doesn’t get much dame-ier than Rosalind’s Hildy. She’s smart in every way a person can be smart, witty, kind, resilient, a true professional, skilled, resourceful and a comrade in arms. She also a sucker for love; aren’t we all?

Pretty telling that two of the films on this list have ‘Eve’ in the title. I like to think of dames as the quintessential women — what women would all be if social and cultural conditioning didn’t screw us around. Basically you have great dialogue, great characters, and a dame coming to grips with aging and her insecurities. Did I mention you also get Ms. Bette Davis as Margo Channing? #celebrate This is the movie where she warns us, “Fasten your seatbelts, it’s going to be a bumpy night.” You also get one of my all-time dame faves, Thelma Ritter, and two dame cubs, Celeste Holm and bitchy-not-in-a-good-way dame, Anne Baxter (the ‘Eve’ of the title).

(Gossip-y P.S. Bette and co-star, Gary Merrill, married after the film. It seems she thought he was really Bill and he thought Bette was really Margo. Something to watch out for in real life.)