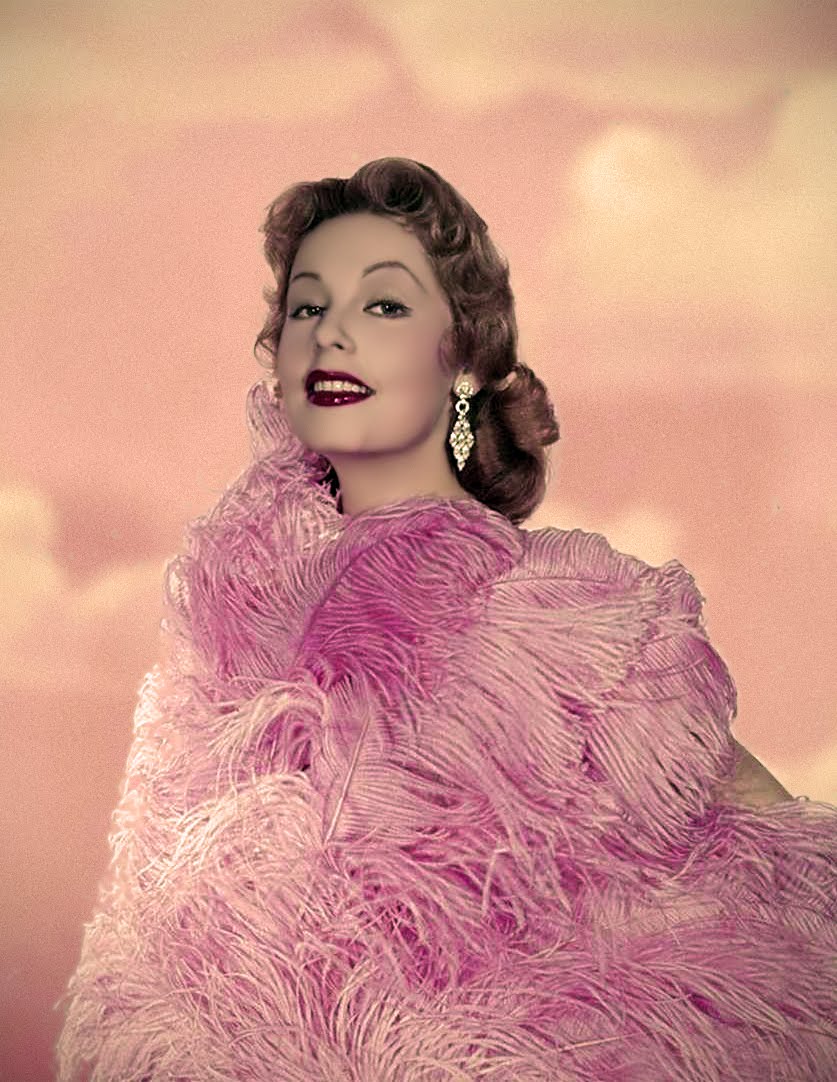 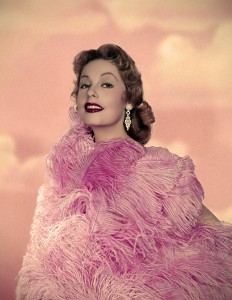 If you’ve heard of Arlene Dahl, you know she was a beautiful 1950s movie star primarily famous for her red hair and her beauty mark. (Her first fan letter arrived with no name, just a drawing of a pair of lips and a beauty spot, and the address: Hollywood, California.) But she’s famous to me for her truly magnificent tome, Always Ask a Man —  and her marriages.

Her first husband was Lex Barker, who played Tarzan. “Lex was the best undressed man I’ve ever known,” said Arlene, “but he was not used to taking no for an answer. He had a terrific temper.”After smacking Arlene around a bit, Barker and she divorced; Lex went on to marry and smack around Lana Turner.  Her second husband was Fernando “You Look Mahvelous!” Lamas;. (Yes, Arlene is Lorenzo Lamas’ mama.) Fernando went on to marry and stay married to movie star Esther Williams, who played swimmers. “He was in her picture, Dangerous When Wet,” said Dahl, adding, “believe me, she is very dangerous when wet.” (About Esther’s career, Dahl once remarked, “How long can you tread water?” Oh, snap!)

Fast-forward ahead four husbands to #6, Mark Rosen, “a perfume executive” 18 years her junior. (Why’d I put perfume executive in quotes? I dunno, I just find the term funny for some reason.) Marc really was a perfume executive; he was a Vice-President at Revlon, and in 1984 he won the cosmetic industry’s Fifi Award for designing the best perfume bottle. (What? I didn’t say anything.) Arlene felt six times is the charm: “I believe in other lives and think Marc and I have known each other before.” 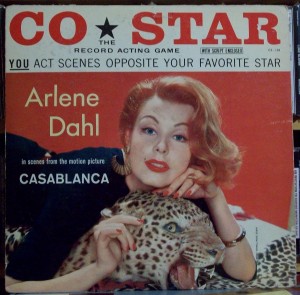 Perhaps this beauty-marked movie star and handsome young perfume executive’s marraige was preordained. In a 1985 People Magazine article, Arlene talks about why she married her sixth husband aka “It’s So Nice to Have a Young Man Around the House, Dahl-ing”.  (Also, in an until-recently long-lost radio interview, Ms. Dahl rhapsodizes on the advantages of being with a younger man.  For one thing, she “can dance from dusk until dawn without him wearing out,” and then there’s the perk that husby VI has “his own teeth and his own hair.”)

“When told he was going to meet the actress, Rosen didn’t exactly go into shock. “I missed her movies,” he says, “though I had a general idea who she was. I recalled the beauty mark.” But when she entered the room, “She was the most beautiful thing I’d ever seen,” he says. “She just floated.” At the time, each was married to someone else…”

“When those marriages went bust, Dahl and Rosen became confidants. This Platonic relationship went on for a year and a half, “with lots of kissing on the cheeks,” says Rosen. One night, over dinner, Marc asked Arlene a question: “We spend so much time together, there must be a subconscious reason, don’t you think?” It was then, Rosen says, ‘romance blossomed.'”

The couple faced obstacles from the start.  First, there’s that pesky 18 years age difference. “Arlene was very concerned about the age difference,” said Rosen, “but not me, ever. She needs someone younger to keep up with her.”  The two lovebirds were also from different faiths: Marc was Jewish and Arlene was an ardent astrologer and member of Norman Vincent Peale’s positive-thinking congregation — the shiksa-iest of shiksas. (She had a beauty mark, for Chrissake.)  Then of course, there were the haters who assumed Marc was a gigolo. but, according to People, “Dahl, who declared bankruptcy in 1980 after her perfume business foundered, knows better. ‘He’s sure not marrying me for my money. I have not been in that position lately,’ she says.” There’s also the fact that as a “perfume executive”, Rosen’s salary was as handsome as he was. 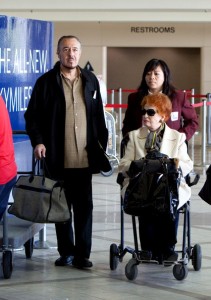 Marc and Arlene’s love more than surmounted all these challenges. “We have a great sex life,” says Marc. “Arlene is very sensual. She loves to touch.” John Starks’ interview in People makes it clear that Arlene was no shrinking violet:

She left her Minnesota home at age 15 to pursue a modeling career in Chicago, then headed for New York to become the first Clairol redhead. In 1947 Warner Bros, brought Dahl to Hollywood, where she resisted attempts to have her name changed. “I was going to be Andrea Lord,” relates Dahl in a story that sounds apocryphal yet isn’t, “but before I left New York, I gave it to my roommate. I felt she needed it worse than I did. Her name was Ethel Czap.” Warners also tried to change her looks. “They tried to eradicate my beauty spot, red hair and cream coloring,” she says. These were to become her trademarks.

When she wasn’t marrying smooth-talking douche-y B-list actors, Dahl dated some big hitters. Here’s what she told John Stark about one of the biggest:

“While still a starlet, Dahl saw John F. Kennedy off and on for two years. “He was charming, articulate and attractive, she says, “but every time I saw him he looked like an unmade bed. He had no fashion sense until he married Jackie.” What’s worse, reports Dahl, was the fact that “he never, ever, had a sou in his pocket.” One day Dahl claims to have gotten a call from Kennedy’s father, Joseph, who said his son was very serious about her and wondered if Arlene would consider converting to Catholicism. “This scared me,” says Dahl. “I liked John very much, but I wasn’t in love with him and he wasn’t in love with me.” The last time she saw JFK was after an argument, when she drove off in her car, leaving him stranded on Beverly Drive. “I told him he was the stingiest man I’d ever met and I never wanted to see him again,” she says. Despite Kennedy’s reputation as a ladies’ man, Dahl reports: “I was a virgin, and I thought he was too. I mean, there was some heavy kissing and that was about it.”

Rather than close this tale of May-December romance on that dry-humping John F. Kennedy note, let’s leave on this  description from that People interview of life at Chez Rosens:

“Some women simply enter a room; Dahl makes entrances. While the happy bridegroom putters about the antique-filled living room in designer pajamas, Dahl primps upstairs. Then as a lush, instrumental version of Feelings plays on a radio, the great lady descends the grand staircase, wearing a robin’s-egg blue peignoir, which accents her Viking red hair, milky white complexion and beauty mark.”

P.S. I fully intend to post highlights from Ms. Dahls’s incredible book, Always Ask a Man, where Arlene, and her cadre of stars like Cary Grant, Burt Lancaster, Jack Palance, and Charlton Heston tell you how to be feminine.)

P.P.S. For some unfathomable reason, Arlene’s year of birth is incorrectly listed on IMDb. She was born in 1925, not 1928.